The Interplay between FSCO and LAT Treatment of Mediation, Limitation Period Exception - Mussa and Aviva Canada, FSCO A16-004253

A new decision of Arbitrator Dymond at FSCO touches on the interplay between FSCO and the LAT regarding the treatment of the pre-April 1, 2016, s. 281.1(2) of the Insurance Act.

Following the April 1, 2016 changes, an Applicant must apply directly to the LAT should they wish to dispute a denial of a SABS benefit within 2 years from the date of denial. An issue arose where a number of claims proceeded through the FSCO Mediation stream prior to April 1, 2016, whose 2 years limitation period expired prior to the issuance of the Report of Mediator. There were no transition rules that contemplated this scenario.

In Mussa and Aviva Canada, the Applicant filed an Application for Mediation with FSCO on March 2, 2016 with respect to Aviva’s denial of the Applicant’s CAT designation on February 25, 2016. On March 29, 2016, and prior to the release of the Report of Mediator, the Applicant filed an Application for Arbitration on the same issue. The Report of Mediator was issued on June 17, 2016 indicating that the Mediation failed. There was no issue with respect to the expiration of a limitation period in this case.

Aviva requested a Preliminary Issue Hearing to determine whether the Applicant had jurisdiction to proceed with the Arbitration when the Mediation had not taken place. Aviva relied on the Ontario Court of Appeal decision in Younis v. State Farm Mutual Automobile Insurance Company (2012 ONCA 836, CanLII), which held that a Mediation could be deemed to have failed if Mediation had not taken place within 60 days of the Application, but that an individual did not have standing to bring a proceeding until a Mediation has failed. In that case, a court proceeding was commenced before a FSCO Mediation was completed. The insurer’s motion to stay or dismiss the proceeding was dismissed at the first instance and subsequently allowed on appeal. The effect of the appeal decision rendered the commencement of the action as statute-barred.

In Mussa, the Applicant’s counsel contended that, among other things, the Applicant had a choice between proceeding with FSCO or the LAT due to a number of factors. Arbitrator Dymond disagreed. She held that the Applicant did not have a right to initiate an Application for Arbitration under the “old system” without having met the statutory pre-conditions.

Not to be outdone, the LAT is expected to release another decision soon which essentially imputes the limitation period exception from the now repealed s. 281.1 of the Insurance Act to permit a Claimant to file an Application within 90 days of the Report of Mediator, notwithstanding the expiry of a 2 year limitation period. Stay tuned!

QUESTIONS ABOUT THIS BLOG
We'd be happy to discuss!
Contact Rebecca Udler at 416.969.3434 or email at rudler@schultzfrost.com 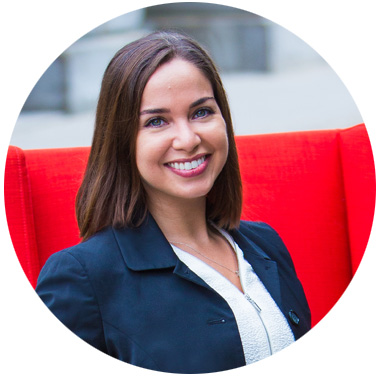