The B(onus) of Proof: NEB and MR claims Dismissed by the LAT

In the recent case of Chen (RYC) v. Chubb Insurance Company of Canada, 2020 ONLAT 19-008582/AABS, the Applicant applied for medical and non-earner benefits pursuant to the SABS after an MVA on September 22, 2017, which resulted in minor injuries including headaches, sprains and strains to her neck, lumbar spine, hip and knee. The Applicant was taken out of the MIG based upon a psychological impairment.

In support of her entitlement to NEBs, the Applicant relied on a Disability Certificate (OCF-3) that indicated she suffered a complete inability to carry on a normal life. Chubb responded with a s. 44 Physiatry Assessment which contradicted the Applicant’s claims and suggested that she had returned to the majority of her pre-accident ADLs. Citing the Court of Appeal’s seminal decision of Heath v Economical, the LAT Adjudicator concluded that the Applicant failed to prove that she met the NEB test.

The OCF-18s were found not reasonable and necessary. The Applicant did not require further facility-based treatments as indicated in the s. 44 IE Reports relied upon by Chubb. The Adjudicator stated that there was no indication that her daily activities or life circumstances were significantly impacted as a result of psychological impairments alleged in the OCF-18. The evidence relied on by the Applicant regarding attendant care was questionable as the Applicant was independent in her self-care.

This case reiterates that the onus of proof lies with the Applicant. On these MIG-escape type matters, it is important to strategically plan out a productions strategy which enhances the defence of the LAT Application without strengthening the Applicant’s evidence. With most MIG-escape matters proceeding in writing, efficient written advocacy remains vital.

The decision of LAT Adjudicator Derek Grant was released on December 29, 2020: 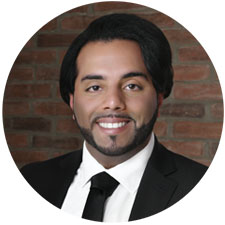