Adjusters Do Not Have Independent Duty of Good Faith

Justice Perell, in a recent Superior Court decision on a Rule 21 motion, confirmed that insurance adjusters do not owe a duty of good faith to an insured that is independent of any duty owed by the insurer.  As such, adjusters of insurance companies, when acting strictly in their capacity as employees, cannot be held personally liable for breaching a duty of good faith.  They can only be held liable in tort as individuals if their actions are themselves tortious and exhibit a separate identity or interest from the insurer.

The Plaintiff held a policy of disability insurance with the Defendant, RBC Life Insurance Company.   After his claim was denied, the Plaintiff sought relief in the Superior Court against the insurer as well as two RBC Life adjusters in their personal capacity.  The prayer for relief contained a declaration of entitlement under the policy, payment of LTD benefits, as well as special damages in the amount of $100,000 and punitive damages of $1 million.   The Statement of Claim alleged that all Defendants owed the Plaintiff a duty of utmost faith and that the collective conduct of the Defendants amounted to bad faith, negligence and/or negligent misrepresentation.

Pursuant to Rule 21.01(1)(b) of the Rules of Civil Procedure, the adjusters brought a motion for an Order striking out the claim against them for failing to disclose a reasonable cause of action.

In considering the legal test in a motion to strike a claim under Rule 21, it was noted that the Court must accept the pleaded allegations of fact as proven and the moving party  must demonstrate that it was plain, obvious, and beyond doubt that the Plaintiff could not succeed with the claim.

Justice Perell’s decision then provided a thorough examination of the allegations contained in the Plaintiff’s claim. It was noted that there were no allegations that the adjusters, in their personal capacity, were in any relationship or privity of contract with the Plaintiff.  Apart from indicating that the adjusters were the individuals who notified the Plaintiff of the denials, the alleged breach of contract, negligent misrepresentation, and breach of duty of good faith were the undifferentiated collective alleged conduct of all three Defendants (RBC Life and the individual adjusters). In other words, the alleged misconduct of the adjusters, as alleged in the Plaintiff’s claim, all arose as an aspect of their being employees of RBC, and did not constitute any independent interest they might have had outside of their role as employees.

As the allegations against the individual adjusters did not manifest a separate identity or interest from the insurer, Justice Perell ordered that the claims as against them be struck.

In reaching this conclusion, Justice Perell considered established case law which state that personal liability is not engaged solely because a corporation acts through human agency.  To properly plead a case of personal liability as against an employee, the Plaintiff must specifically plead a cause of action against the individual in his or her personal capacity (see Scotia McLeod Inc v Peoples Jewellers Ltd (1995), 26 OR (3d) 481 (CA), leave to appeal to SCC refused [1996] SCCA No 40).

Justice Perell also provided a helpful consideration of Spiers v Zurich (1999), 24 OR (3d) 726 (Gen Div), leave to appeal to the Div Ct denied [1999] OJ No 4912, and the proposition that individual adjusters owed a duty of good faith to the insured, which flows from that decision. Justice Perell found that Spiers was wrongfully decided and noted that the correctness of the Spiers decision was also previously rejected by the Superior Court in Burke v Buss, 2002 CarswellOnt 4381 (ONSC), where Justice Jennings noted that no authority had been cited in support of the proposition in Spiers.  In this case, Justice Perell also reasoned that his decision was not bound by Spiers, but was bound to the strong line of authorities in the Court of Appeal, which delineates when an employee can be individually liable for their tortious conduct when engaged in the activities of its employer (see Lobo v Carleton University, 2012 ONCA 498; Tran v University of Western Ontario, 2014 ONSC 617, varied on other grounds 2014 ONCA 295).

Readers of this decision should be reminded that matters of law that are not fully established are generally not disposed of on a motion to strike.  Justice Perell noted in his decision that, per the Supreme Court of Canada in R v Imperial Tobacco, 2011 SCC 42, the tool of a motion to strike for failure to disclose a reasonable cause of action must be used with considerable care.

As such, this recent decision should signal to readers that the law on this issue should be considered clear and settled. The value of this recent decision will hopefully be the promotion of judicial efficiency, by removing and also deterring potential claims that have no reasonable prospect of success.

QUESTIONS ABOUT THIS BLOG
We'd be happy to discuss!
Contact Megan Cui at 416.969.3461 or email at mcui@schultzfrost.com
By: Megan Cui 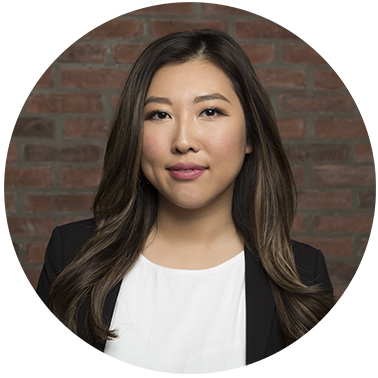