The Court of Appeal set aside a LAT decision upheld on Reconsideration as well as in the Divisional Court in a decision released November 8, 2019 - in doing so, they ruled that an insured person may argue that they did not "discover" the right to make a claim (due to a MIG or CAT finding, for example) and therefore the limitation period did not run.

The Applicant received Attendant Care and Housekeeping Benefits for 104 weeks until September 10, 2010. The Applicant was not found to be CAT at the 104 week mark and Economical terminated ACBs and HKBs pursuant to s.18(2) and 22(3) of the SABS via an EOB along with a denial letter notifying her of the 2-year limitation period to initiate the dispute process.

On May 13, 2015, Dr. Harold Becker submitted an Application for Determination of Catastrophic Impairment to Economical.

The LAT Hearing was held on June 19, 2017 and resulted in the Applicant being barred from pursuing her claims for ACBs and HKBs. The LAT rejected the Applicant’s argument that the August 2010 denial could not have been valid as she had not been found to be CAT and was therefore not eligible to claim post-104 week ACBs and HKBs.

On Reconsideration, the doctrine of discoverability was found not to apply to the limitation period and the LAT decision was upheld.

This matter was then appealed to the Divisional Court where Justice Gray acknowledged that the court was tasked with the difficult question of whether a limitation period is a “hard” one or whether it may be relieved against where the Applicant only becomes aware that they have a claim after the limitation period expires.

The Applicant’s submissions posed three questions for the Divisional Court to consider:

1. Whether the common law doctrine of discoverability applies to the relevant limitation periods;
2. Whether there was, in fact, a clear and unequivocal denial of a benefit in the circumstances; and
3. Whether there was a denial of natural justice in refusing to hear the evidence of Dr. Becker.

The Applicant again argued that absent a CAT designation, she had no eligibility for a post-104-week ACB and that the failure to pay the benefits was not due to the insurer’s refusal to pay but rather her inability to claim them.

She further submitted that the limitation period commences to run only when the Applicant becomes aware that a claim can be made.

Economical submitted that an insured must commence their proceeding within two-years after the Insurer’s refusal to pay and that the only remedy available to the Applicant is to appeal the termination of benefits within the two-year period.

The court was not persuaded that there was any denial of natural justice in the refusal to hear the evidence of Dr. Becker as there was no advance notice that he would be called and it was understood that the hearing was to hear strictly oral submissions.

Justice Gray noted that the issue of the applicability of the doctrine of discoverability is something in which the Tribunal has little expertise and depends upon canons of construction of legislation, overlaid with policy considerations that have little to do with insurance issues.

Although noting that the result to be harsh for the Applicant, the Divisional Court held that the legislature thought it important to provide for a reasonable period, after which the insurer’s obligation would be discharged regardless of whether meritorious claims may be discovered later.

This matter was heard before the Court of Appeal on October 16, 2019.

The Court of Appeal set aside the order of the Divisional Court and the LAT and held that the limitation period regarding the Appellant’s entitlement to ACBs and Housekeeping benefits had not expired. The Appellant was entitled to proceed with her application for those benefits.

The Court relied upon the decision of Pioneer Corporation v. Godfrey, 2019 SCC 42, a decision that the Divisional Court did not have the benefit of.

In Pioneer, Justice Brown stated that where the running of a limitation period is contingent upon the accrual of a cause of action or some other event that can occur only when the plaintiff has knowledge of his or her injury, the discoverability principle applies in order to ensure that the plaintiff had knowledge of the existence of his or her legal rights before such rights expire.

The Court also stated that the policy reasons underlying the existence of limitation periods, namely fostering certainty, prevention of evidence going stale and encouraging plaintiffs to diligently pursuing their claims, supported a finding of a hard limitation period.

This decision has significant implications for insurers, as it suggests that both SABS limitation periods are subject to the rule of discoverability.

The late onset of physical and mental injuries flowing from an accident must now be readily considered by insurers as being a prominent factor in the analysis of an Applicant’s claim.

Proactive insurers should compete an Examination Under Oath with an insured and request contemporaneous OHIP-based CNRs to verify the causation of late-formulating claims/impairments. Insurers should also consider the application of s. 55(1) - failure to notify the insurer of the circumstances giving rise to the claim; and s. 32 - duty to notify the insurer of the circumstances within 10 days, to ensure that genuine claims are paid and factitious claims are not.

QUESTIONS ABOUT THIS BLOG
We'd be happy to discuss!
Contact Martin Lidums at 416.969.3434 ext. 7015 or email at mlidums@schultzfrost.com 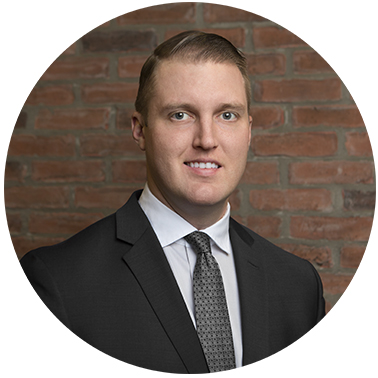