A Diagnosis of Chronic Pain Alone Will Not Warrant MIG Escape

Adjudicator Robert Watt, in his recent Reconsideration Decision of December 18, 2019, upheld a prior LAT decision denying an applicant’s claim that his injuries arising from a motor vehicle accident fell outside of the Minor Injury Guideline.

In doing so, Adjudicator Watt maintained what has long been accepted by both FSCO and the LAT alike: a diagnosis of chronic pain will not in and of itself automatically remove an insured/applicant from the MIG.

The applicant in this case was involved in a relatively minor motor vehicle accident on August 5, 2015.  Following the collision, his family physician diagnosed him with a “Cervical Strain” and thereafter, several assessors who examined him at the request of his insurer opined that he sustained only soft-tissue injuries as a result of the incident.

In his LAT Application, the applicant relied heavily on an independent medical report that diagnosed him with accident-related chronic pain to support his removal from the MIG.  However, this report provided no particulars as to whether the applicant’s newfound diagnosis of chronic pain was separate and distinct from – and not a clinically associated sequelae of – his otherwise minor soft-tissue injuries.

In denying the applicant’s position, the LAT reiterated that a “minor injury” is defined in section 3 of the SABS as “one or more of a sprain, strain, whiplash associated disorder, contusion, abrasion, laceration or subluxation and includes any clinically associated sequelae to such an injury [emphasis added].”

The LAT further looked back to prior findings in Aviva Canada Inc. v Maverick Sleep (P17-00034, July 10, 2018) and Scarlett v Belair Insurance Co. (P13-00014, November 28, 2013) and held that for an applicant to be removed from the MIG on the basis of chronic pain, that applicant must prove that such diagnosis is separate and distinct from his or her minor accident-related injuries.  Specifically, the applicant must establish that his or her chronic pain is not a “clinically associated sequelae” of his or her minor soft tissue injuries.

In the case at hand, because the report that the applicant submitted was silent on this issue, the LAT maintained that the applicant did not satisfy the burden of establishing that his chronic pain was separate and distinct from his minor accident-related injuries.  Thus, the applicant was kept within the MIG.

The decision can be found here: http://schultzfrost.com/docs/cases/125/caseDocument.pdf

QUESTIONS ABOUT THIS BLOG
We'd be happy to discuss!
Contact Sirus Biniaz at 416.969.3453 or email at sbiniaz@schultzfrost.com 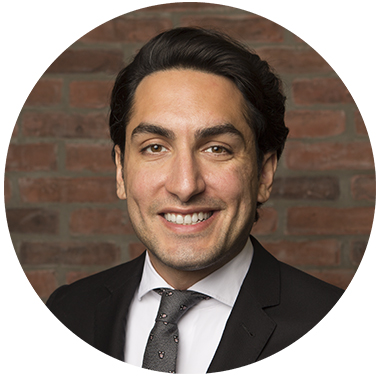